Are you being bombarded by unsolicited phone calls when you are at your busiest or when you finally get the time to relax after hard days’ work? To get rid of such nuisance calls successfully, try getting a free call blocker apps for android suitable to your needs and put an end to them. Some of the best Call Blockers for Android 2018 use expansive algorithms to not just block but also identify caller ID. This way the user has the discretion to take action against the unknown caller.

Best Call Blockers for Android in 2018

Here is a list of the best Android call blocking apps that will help you alert and flag spam calls.

This is one of the most downloaded call blocking apps for Android 2018.In google play store which comes free of pesky ads and charge. It identifies the important calls you want to take and blocks the ones that need to be avoided. It recognizes the numbers that may not be present in your contact book such as from a hospital or colleagues or friends who are trying to get in touch with you. Its advanced security system alerts the user of incoming calls or messages which could be a scam, spam or telemarketers etc, and supports reverse phone search for optimal security. It would be advisable to read the privacy policy as the contact list will be imported into the app, albeit in encrypted form.

This app is a dialer replacement app which means that you can make direct calls to your contacts. Along with the blocking of calls and messages, it also assists in searching for an unknown number from its vast database. Truecaller takes the game up a notch by helping its users in networking with friends of friends and adding them to their contact list. Although, this same function could have some concerns since you will be uploading your private contact list into the app just like Hiya. 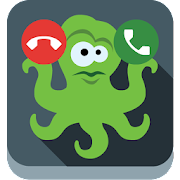 Should I Answer? is easy to use call blocking app for Android which relies on the reviews and ratings of the community, This is one of my best android apps for call blocking. Should I Answer uses the database provided by the users to identify known numbers that have proven to be troublesome for other users.

On the basis of the information and identity provided, you can take an action to deal with the incoming calls. A feature that is in favor of this calling blocking app is that it does not access and takes over your entire contact list, only the contacts you allow it to use. Furthermore, the ratings and reviews could be made anonymously. This topnotch call blocking app is highly rated (4.8) in the google store due to it being geared to the community. Users are vigilant and on the lookout for nuisance calls which are then instantly reported. 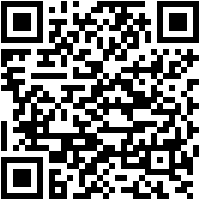 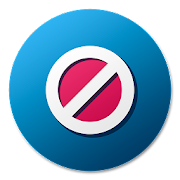 As the name suggests, Call Blocker is a straightforward call block app for Android that blocks and blacklists unsought calls. It comes without any bells and whistles which helps it put less strain on the battery and gets the job done. Call Blocker app for Android is one of the best call blocking app for Android and best blacklist app for Android on Google Play store. It has a massive rating of 4.6 due to it being basic in nature. It divides the contacts into blacklist as well as whitelist so you do not miss out on important calls. This app also supports scheduling, for the times you do not want to be interrupted by calls.

This app is an all-rounder from a trusted developer which gives ultimate protection as it is an antivirus and supports call and messages blocking feature. It is most useful for those who are seeking for both antivirus and call blockers for Android. It supports manual blacklisting of unwanted calls and messages and provides extra features in its premium service.

From the developers of Hiya comes another good call blocking app for Android known to us as Mr. Number. It comes without the enhanced caller ID function present in Hiya. So this call blocking app for Android is much more desirable for people who could work without this extra feature. It gives spam protection and gets rid of those fraudulent calls by blocking or blacklisting them.